A panel of the U.S. Fifth Circuit Court of Appeals has affirmed a jury’s finding in a whistleblower lawsuit that State Farm Fire & Casualty Co. committed fraud against the federal government and submitted a false report to support fraud after Hurricane Katrina.

Further, the panel has ordered the case sent back to U.S. District Court in Gulfport for investigation of other State Farm Katrina claims by the whistleblowers, sisters Cori and Kerri Rigsby, and their legal team. 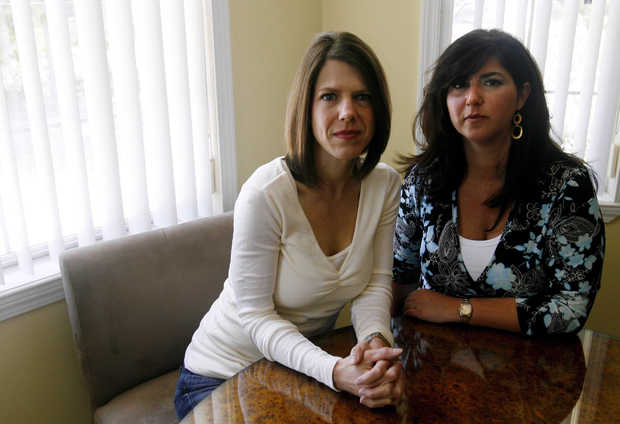 In adjusting the loss on a Biloxi home, State Farm paid policy limits of $250,000 for flood damage the federal government covers, even though wind damage covered under the State Farm policy caused the loss, a jury found in April 2013. The Rigsbys, who are from Ocean Springs, were working at the time as independent adjusters for State Farm.

The ruling opens the possibility for a trial to determine whether State Farm’s fraud was more widespread, as the Rigsbys claim. The panel found the Rigsby’s allegations, coupled with the jury’s verdict, justify further investigation, or discovery as it is called. The panel stressed that it is making “no judgements about the actual existence of other potential false claims or records.”

The trial judge, Sul Ozerden, limited the initial case to one claim, that of Biloxians Thomas and Pamela McIntosh. The appellate ruling comes almost 10 years after Katrina, which devastated the Mississippi Coast on Aug. 29, 2005, and led to hundreds of wind vs. water lawsuits that policyholders filed against insurance companies.

The Rigsbys’ lead attorney, August Matteis, said after the ruling: “It is unfortunate that it has taken this long, but this decision is a testament to the Rigsbys’ incredible willpower and perseverance.

“The Mcintosh verdict was based on evidence of State Farm’s system-wide scheme of fraud. The Rigsbys will now finally have the opportunity to take discovery to determine the full scope of the fraud, which could include thousands of claims.”

State Farm has denied any wrongdoing. The insurance company indicated in a statement Tuesday that it might appeal the verdict.

“We are disappointed in the court’s ruling,” the statement said. “State Farm maintains its long-held position that allegations made against the company by two former independent adjusters are groundless.

The case is a whistleblower lawsuit because the Rigsbys had firsthand knowledge of State Farm’s fraud in the McIntosh claim. Kerri Rigsby was involved in adjusting the claim. The first engineer who examined damage to the McIntosh home concluded wind caused the loss.

The Rigsbys discovered a sticky note on the engineer’s report, written by then-State Farm claims manager Lecky King. The note said: “Put in wind file — DO NOT pay bill DO NOT discuss.” The first engineer was fired and the company that submitted the report sent a second engineer to examine the property. He concluded water caused the loss.

The appellate panel concluded: “In this case, there was evidence that (State Farm) adjusters were effectively told to presume flood damage instead of wind damage. There was also evidence that State Farm knowingly violated (the law), concealed evidence of wind damage, and strong-armed an engineering firm to change its reports.”

After trial, Ozerden ordered the insurance company to pay $750,000 in damages — triple the amount of the $250,000 false claim State Farm submitted to the National Flood Insurance Program. State Farm also was ordered to pay $2.9 million in attorneys’ fees and expenses.

The opinion noted the testimony of former NFIP administrator Bob Hunter before a U.S. Senate committee after Katrina about “the conflict of interest” insurance companies face in adjusting their own claims for wind damage along with flood claims for the government.

The opinion said, “Hunter explained that ‘even though a property may have been washed away by the storm surge, it was likely first hit by heavy winds, so that by the time the water wiped out the property, some percentage of the property was already destroyed by wind and rain.'”